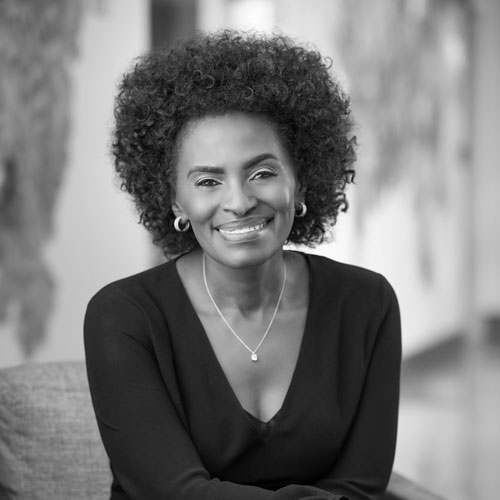 Nunu Ntshingila has held various positions in the Africa region across Business Leadership,  Marketing & Advertising, Infrastructure and Development. Her 30-year career has combined business leadership with development issues in response to the needs of the Africa region.

Nunu Ntshingila is Facebook ‘s Regional Director for Africa tasked with driving the company’s strategy to increase connectivity, give people the power to build community and assist small to large businesses with their growth plans.

Before joining Facebook, Nunu helped drive the creation of Ogilvy’s network in Africa, including 12 companies in 34 countries. During her long career at Ogilvy & Mather South Africa, Nunu served as Managing Director of Ogilvy Johannesburg, Chief Executive Officer of the Ogilvy Group, Chairman of Ogilvy Africa and member of the Ogilvy Worldwide Board.

A graduate of the University of Swaziland and Morgan State University , a historically black university in the US, Ntshingila has also held senior marketing positions at Nike and the South African Tourism Board.

Nunu has served on a number of African company boards  including Telkom, Old Mutual, Transnet, Cape Town’s Victoria & Alfred Waterfront Group and the Ogilvy Global Board. During her term in these various boards, Nunu served and led board committees including Investment, Remuneration, Social & Ethics and Audit.

Nunu served as a council member of the Women’s World Banking Council. The council’s main mission is to drive financial inclusion for women in Africa.

She has also served on a number of non-profit boards including Special Advisory Board for South African Tourism, PWC Trustee Member for Social Investment and others.

During her career in Marketing and Advertising Nunu was acknowledged as Business leader of the year by various entities and ultimately received a Lifetime Achievement Award for her work in leading and transforming the advertising business in South Africa.

In 2016, she became the first woman to be inducted into the Loeries Hall of Fame in recognition for driving creativity in Africa.

In 2018, she received the BET Butterfly Award for Passion, Purpose and Persistence in Miami, Florida.

She was also named by Fortune Magazine as one of the Top 50 Most Powerful Women in 2018 – International list.